"Our expertise does not lie in the set-up and operation of data equipment. We know film production. Computers and software enable us to create world class animation films and effects," says Martin Skarbø, Creative Director and founder of Ayce.

On his team is VFX veteran, Martin Sverdrup, who has worked on well-known Norwegian films such as The Quake, The Wave, The 12th Man and international films, including League of Gods, Ashfall and the DC Comic’s mega-production of Shazam!. 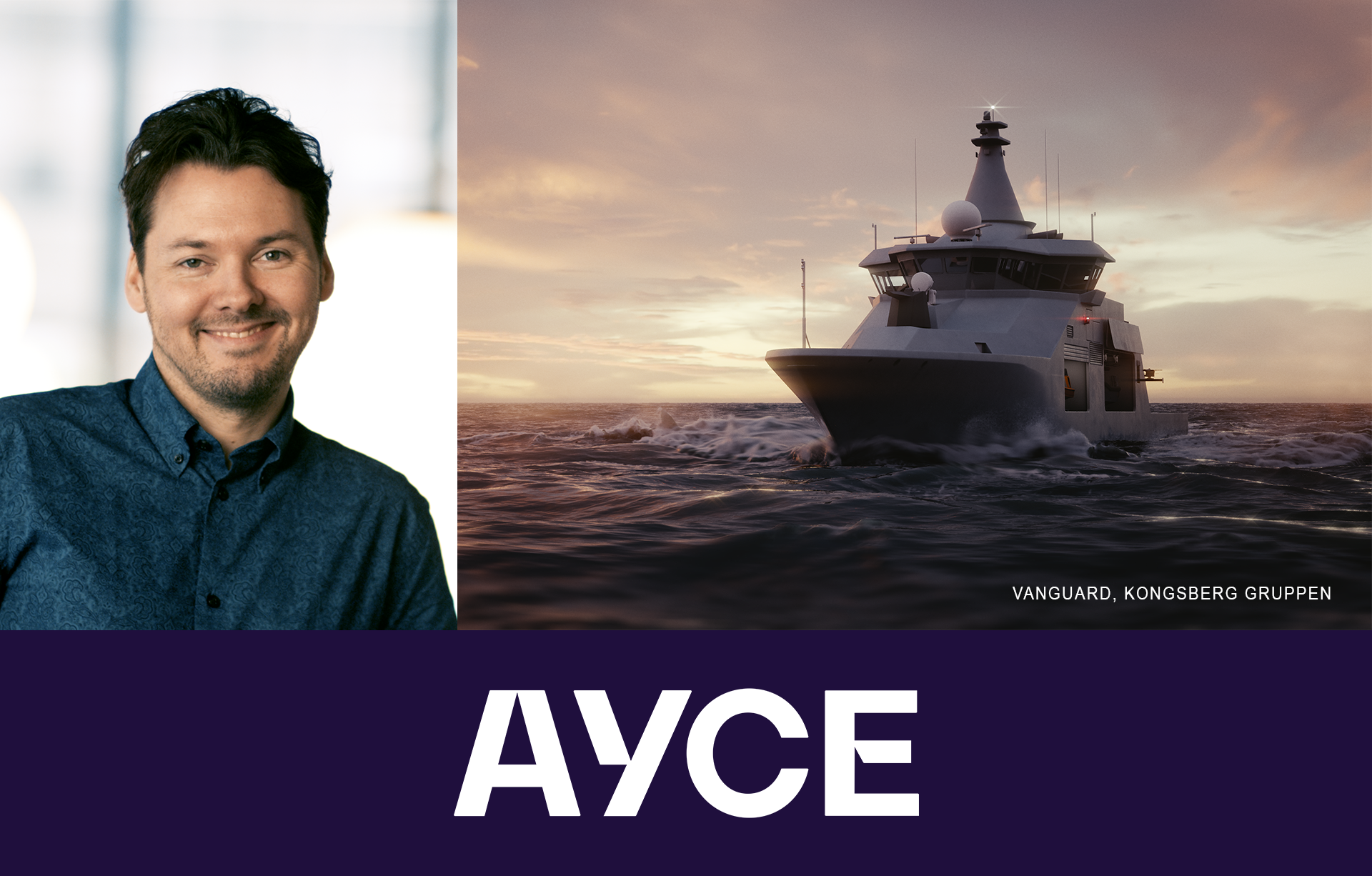 Ayce has just completed its first animation film created entirely in the cloud – a major production for Kongsberg.

"This production involved an advanced, photorealistic simulation of the sea and its surroundings. We created simulations in Google Cloud on supercomputers with 224 CPU´s and terabytes of RAM. We could scale the storage, number of CPUs and RAM according to our needs. It worked extremely well. Latency, or network delay, has never been a problem, says Skarbø.

The data power that Ayce has access to in the Google cloud is difficult to purchase in the form of a computer. The film producer states that simulations, which previously took two to three weeks, can now be completed in just a couple of days. If more storage is needed, it is easy to add a terabyte or two with a right click. Skarbø understood that the Google Cloud Platform and PC-over-IP technology had become good enough to work with by the autumn of 2019. He could then skip the time-consuming, expensive and complicated work of selecting, purchasing, setting up and operating powerful computers.

Anyone who has dabbled in putting together a video or two on a personal computer quickly understands that office computers are not sufficient for professional work. More powerful CPU processors are needed for the computers, as well as terabytes of memory and more storage space, graphics cards (GPUs) that can run 4K monitors to show at least 60 FPS (frames per second) and so on. On top of all this is the network. Traditionally, film studios have worked with a local server. This requires a fast, local fibre network or Gigabit Ethernet (GbE). Setting up a network is also extensive work.

"Earlier, you would have purchased hardware at a high price, and then, three years later, it's would all be worthless. It also has to be run. You need racks, RAID, cooling systems and a network that is there all year round. When it's not in use, it stands there costing us money. And when red lights show up, what do you do?" asks Skarbø, and adds:

"It's not our area of expertise. We are good at making films, creating animation. We want to realise our customers' wildest dreams. We want to create magic on film, not spend our time on IT operations.

Ayce's workstations are located in Google's data centres, about 1000 kilometres from the office in Oslo. At the office, they use 10Zig Zero Clients, combined with large and powerful 4K monitors.

"At first, I got help from Google in Ireland. I wanted a local partner, but there was no one who had done anything like this or who had the expertise we needed, until someone recommended The Cloud People," says Skarbø.

Picture beneath: All data is in the data centers. Ayce just download some data from the Google Cloud and is creating magic animations with PC-over-IP.

No start-up loans to data centers

The Ayce entrepreneur mentions the advantages of the cloud in terms of scalability, flexibility and a predictable budget, where it is possible to link IT costs directly to the individual project. In other words, IT becomes running costs instead of a major investment made when starting a company.

"As soon as you start working with the cloud, you no longer need to think about borrowing money for expensive data equipment. With GCP, we have access to the best data centre hardware, the most powerful GPUs, etc. And if the machines aren't running, there is no cost," says Skarbø.

"No, because all our data is in the data centers. We just upload some data, scale it up to the cloud and take some data out," replies Ayce entrepreneur Martin Skarbø, and adds:

"We can spend our time on what we are good at – making excellent films. Google is highly skilled at IT infrastructure and secure data centre operations. It is actually surprising that no one in our field has done this before."

Make it with Google Workspace

Digital transformation is much more than a technological change. It requires a cultural shift in how you work. Our experts can guide your transformation by helping you deploy Google Workspace, Google’s business productivity solutions, to achieve increased collaboration, greater productivity, and enhanced security. Talk to us for a free consultation.

Google Cloud is the foundation for the data management solution and reporting platform for the Kalasatama–Pasila tram project in Helsinki. Delivered from The Cloud People.

Digital collaboration around Adult Education and Integration in Andøy Municipality

The department of Adult Education and Integration in a municipality in Norway called Andøy, was looking for a learning platform that was easy to use for both teachers and students. The choice fell on Google and G Suite for Education.

When Stormberg searched for a new productivity platform, cost and efficiency was at the top of the requirements list. They wanted a solution that could work on all platforms and systems. The choice fell on Google’s G Suite, and Stormberg has already experienced the platform’s many great benefits.

Multisite and customer portal for HudHelse

HudHelse wanted an integrated network of websites with full control over their own site as well as their agencies. They were also in need of a client portal to distribute brand material to their customers. We found that WordPress Multisite was fit for the job.

Digital collaboration around Adult Education and Integration in Andøy Municipality

The department of Adult Education and Integration in a municipality in Norway called Andøy, was looking for a learning platform that was easy to use for both teachers and students. The choice fell on Google and G Suite for Education.